Khmer is the national language of Cambodia and is spoken by almost all of its inhabitants. Many Khmer also speak passable English, especially those used to dealing with tourists. Many Khmer, particularly of the older generation, also speak French, and Thai, Vietnamese and Chinese are also widely spoken. Generally English speakers don’t have any problems being understood, other nationalities may have problems. At Roomchang we can assist you in finding a guide or interpreter if you are not confident in your ability to communicate.

The currency in Cambodia is the Cambodian Riel (KHR), however the US dollar is widely used and accepted everywhere. The exchange rate is usually around 4000 Riel to a dollar, so changing large amounts of money into riel is not very practical. Major currencies other than the USD such as the Canadian, Australian or New Zealand Dollar or Euro are easy to change with many vendors at the market and most banks providing this service. For less common currencies you may want to consider changing to US Dollar before you travel to Cambodia. Roomchang accepts all major credit cards however most premises in the capital do not so its wise to plan on having some cash available.

Cambodia has no public transport as such, most transportation in the cites is done by Tuk Tuk or Motorbike with private bus and minivan services between towns and cities. Tuk Tuks are generally the safest way to travel in the city and can easily be found at your hotel or most street corners. Its always wise to negotiate a price before you start as the price can vary widely depending on the driver.

Things to do in Phnom Penh

Phnom Penh has a bustling tourist industry and there are a wide range of restaurants and cafes with international cuisine at very reasonable prices. Roomchang’s main hospital is conveniently located a few minutes travel between the two main tourist areas so you never have far to travel. Between appointments there’s plenty of things to do in Phnom Penh, the National Museum and Royal Palace are a short distance away along the banks of the Mekong. A bit further afield both the Killing Fields and Toul Sleng Genocide Museum offer a look into Cambodias darker past for those with a few hours to spare. 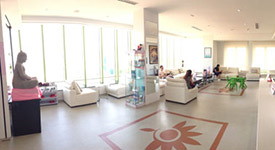