A 31 year old male came for consultation to see what could be done with his severely eroded and rotted teeth. Appearance being one consideration now basic function was also being impacted. This patient was an avid consumer of sugary and carbonated drinks. 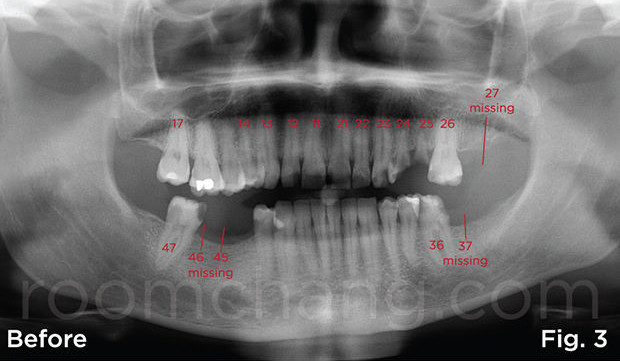 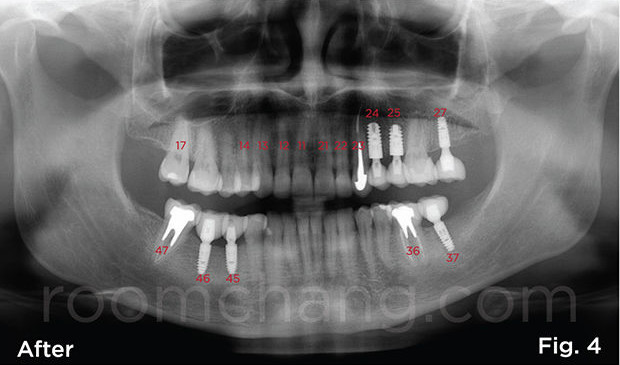 In the initial consultation different options were discussed and study models were made to show the ‘now’ and the expected outcome. The patient opted for the best long term option. His first appointment started with a root canal on tooth #23. Next the broken teeth on #24 and #25 were removed and six Ankylos implants were placed at #24, 25, 27, 37, 45, and 46. Two more root canals were completed on teeth #36 and 47. 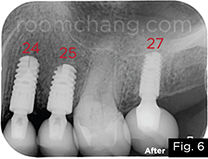 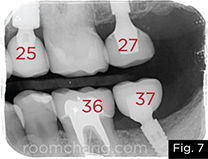 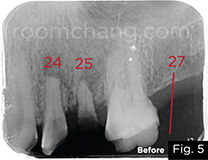 Preparations were made on natural teeth and the six implants for 18 E-max crowns that were permanently cemented. Further treatment included numerous composite restorations (white fillings). The transformation took three months and one week, from the first consultation to the final cementation of the crowns. The patient was very surprised and extremely satisfied with the results. 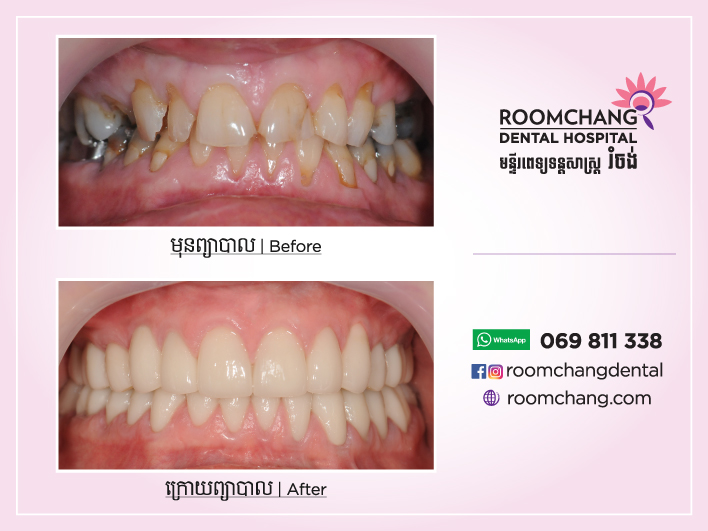